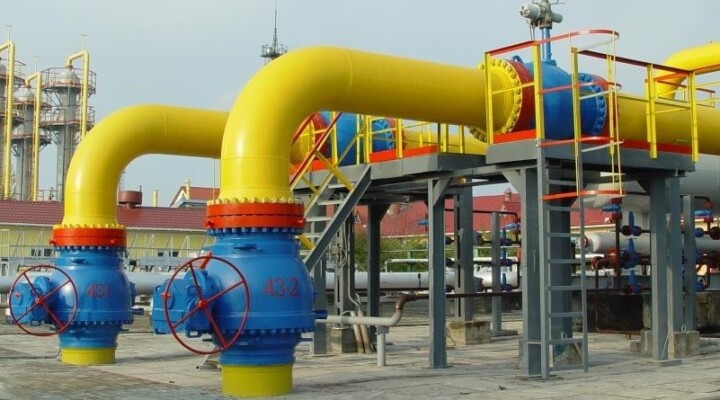 There are a few visible “poker game”moves undertaken by both sides as well as by third parties in the post-arbitration period:

Gazprom’s seeming unwillingness to pay what is due to Ukraine ($2.56 billion). Some experts, however, point out that the likelihood of payment is still rather high. Apart from possible reputational risks, Gazprom’s refusal to do so will give Ukraine a legitimate possibility to chase the company’s assets both in Ukraine and abroad. In view of politically controversial NS-2 project, such a disregard for international arbitration rulings could be considered by the public and Gazprom partners as a serious reputation risk. The key question, therefore, may be when Russia is going to pull “the arbitration payment card” out and what strings are going to be attached to it.

So, the “NS-2 poker game” gets more and more complicated. And it now seems that the Europe’s bargaining chip vis-a-vis Russia may be significantly changing. Especially after Angela Merkel, according to German media, came up with a new NS-2 conditionality: for the project to reach its planned capacity, not only a transit guarantee for Ukraine is required but also the Russia’s withdrawal from Donbas and facilitation of a peaceful resolution of the armed conflict.

Most scenarios demonstrate that in 2020 Gazprom will not be able to supply contracted volumes to Europe without transit through Ukraine. Completion of new pipeline routes (NS-2, TurkStream and Trans-Caspian Pipeline) could help only partially. If a new transit agreement between Gazprom and Ukraine is not agreed upon, only a doubling of TurkStream capacity to 64 bcm together with completion of Nabucco West Pipeline between TurkStream and Austria or the ITGI Poseidon Pipeline between TurkStream and Italy might compensate for the shortfall in the gas supply. However, due to many uncertainties, risks and political obstacles, chances for these projects seem now rather slim.

Even if completed in late 2019, the NS-2 pipeline will be able to pump no more than 34 bcm since infrastructure to transport gas across Germany (connecting Eugal pipeline) is expected to reach full capacity only by end-2020. It means that in the best case scenario, NS-2 may reach its maximum throughput capacity (55 bcm) only in 2022-2023. In addition, Gazprom’s long-term contractual obligations with third countries, many of which expire well into 2020s, will need to be renegotiated to change their destination points from Ukraine-based connections to the European gas hubs. As far as TurkStream is concerned, most probably this pipeline will be used to supply gas only to Turkey since the process of issuing construction permits in neighbouring countries have not yet even started.

There are two key questions, apart from general geopolitical risks and other considerations that could affect this outcome: 1) a level of transit fees charged by Ukraine; 2) agreed volumes of transit.

Transit Fees. The most controversial element in the Gazprom-Naftogaz gas relations. In order to maintain some share of the gas transit business post-2019, Ukraine should be as flexible as possible and re-focus its transit negotiation strategy towards “cynical” pragmatism based on existing commercial realities. In fact, Ukraine could have produced a much more compelling economic case against the NS-2 by declaring voluntarily reduction in the cost of its transit.

However, and much to the upset of the EC, Naftogaz, since 2016, has been trying to implement a new transit tariff methodology introduced by the state regulator that envisages a departure from existing contract-based pricing towards so called regulated asset base methodology and regulated entry/exit capacity-based tariffs. Tariffs for all entry points to Ukraine’s gas transmission system are set at $12.47m/bcm while different tariffs are applied for various exit points that range from $16.74m/bcm to $32.80m/bcm. According to experts from The Oxford Institute for Energy Studies, if the current contract between Gazprom and Naftogaz is transformed into a regulated contract for 100 bcm capacity booking through the end of 2019, the cost of transit through Ukraine is likely to increase from $27m/bcm on a flow basis to $45m/bcm on a capacity basis.

Even though a new tariff rate cannot be introduced unilaterally without amending the existing contract with Gazprom, such a policy move by Ukraine potentially prices its transit capacity out of the “market” and makes position of Gazprom and its European partners much stronger with respect to the NS-2 project since the calculated cost of transmission through the NS-2 (based on NS-1 costs) could be around $37m/bcm or less.  Thus, the “tariff offensive” launched by Ukraine unfortunately provided Gazprom with a very strong argument in its “by-pass Ukraine” campaign.

Volume of post-2019 transit. The table presents different scenarios for Ukraine transit. They imply that the EU demand remains constant and that the NS-2 pipeline is completed. The good news is that most probably in all three scenarios, Gazprom would have to negotiate and sign a new transit contract with Ukraine.

But the key question, which has tangible financial implications not only for Ukraine but also for the EU is to what extent Ukraine stands to lose from the future arrangementand how the losses are to be compensated.

In all three scenarios, Ukraine is likely to experience a serious “gas transit shock” – a significant loss of the country’s gas transit revenues. The worst-case scenario when both by-pass projects NS-2 and TurkStream are completed on schedule, would leave demand for Ukraine’s transit capacity at 10-15 bcm.

It is now very difficult to predict which of the above scenarios has higher probability since too many factors are in play that are difficult to foresee: likelihood of passage of new EU legislation on gas transit pipelines, possible delays and costs overruns for the by-pass projects due to legal and political reasons (particularly, receipt of projects permits from Denmark), possible escalation of geopolitical tensions and a new wave of anti-Russia sanctions, including those targeting Ukraine by-pass projects, etc. New energy legislation proposed by the EC, if passed, would stipulate that national regulators are required to either set or approve tariff costs on pipelines. In reality, this might mean that the German regulator for the NS-2 would be setting transmission tariffs and would have to make this information public. This could create an opportunity for Ukraine to offer lower tariffs to encourage off-take of gas at Russian-Ukrainian border thus encouraging competition in the sector. If, for instance, NS-2 is significantly delayed, for example, by late permits from Demark or even refusal, Gazprom would face a transportation bottleneck to meet its obligations vis-à-vis existing EU customers unless a new transit contract with Ukraine is signed.

But, at this time, it would be safe to assume the following:

Assuming that for 2018-2019 period remaining to the expiry of the transit contract, Gazprom ships to the EU more or less on par with recent volumes (circa 90 bcm) and provided that Ukraine is paid more or less what it received for transit in 2017 (around $28m/bcm), this could give a possibility to assess the scale of the gas transit shock (a shortfall in transit revenues) Ukraine could experience after 2019.

Possible shortfall could reach: in the best case – $1.5 billion (or 1.6% of GDP), in the worst case – $2.3 billion (or 2.4% of GDP).  Such reduction in the country’s export revenues could significantly hamper prospects for economic recovery and growth that could stagnate at or below 2.0-2.5% per annum, rate clearly inadequate to provide for much needed boost to household incomes and investment. As a result of the “gas transit shock”, Ukraine could be expected to request additional financial assistance from the EC and international donors to compensate for the shortfall.

Some general conclusions could be made:

How Could Ukraine Be Assisted?

Ukraine’s international supporters should consider establishing an informal situational “think tank”, something like “Ukraine Gas Transit Task Force” (UGTF), probably under the aegis or “blessing” from the EC European Support Group for Ukraine to focus on the following urgent objectives: