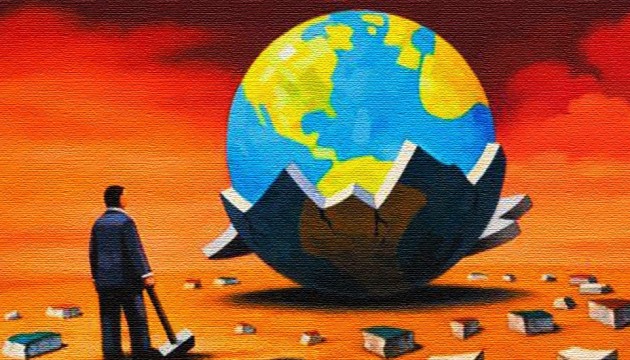 The nature of cooperation regularly changes under pressure from new calls and threats between the actors of international relations. By means of methods of systems analysis and comparison, the article discloses the basic theoretical approaches to understanding of the phenomenon of “new world order”  which as a result turn into comprehensive globalization, the modern trends of forming the international reality of XXI century are summarized, taking into account new actors, their influence on stability and variability of the imperious systems, and also conceptions of modern scientists that form the international discourse in relation to the search of new paradigm of world order are analyzed in detail.

The basic descriptions of world order are legitimacy, mechanism of making alteration and balance of powers which are certain in research. The key shortcomings of the post-war world order are identified, which include the following: the lack of effectiveness of international organizations of different level in relation to providing the principle of sovereignty for the states, respect for boundaries; the disbalance of economic growth among nations; the lack of effective sanctions as for violators of international law and guaranteeing citizens the universal rights; a democratic political model that was confessed prevailing in a post-bipolar epoch and others like that is discredited. Accordingly, the modern approaches were considered to forming of “new world order”, as a result it is suggested to take into account new realities of interdependence, that determine the future peaceful coexistence of nations, it is a balance between freedom of actions of national subjects and international law; the balance between legitimacy and force; the balance between a “regional order” and “international”.          In general, the international discourse in relation to the search of limits of “new world order” is the only as for creation the multipolar world in ХХІ century and importance of consensus between nations and providing of legitimacy of new rules for all actors of international relations.