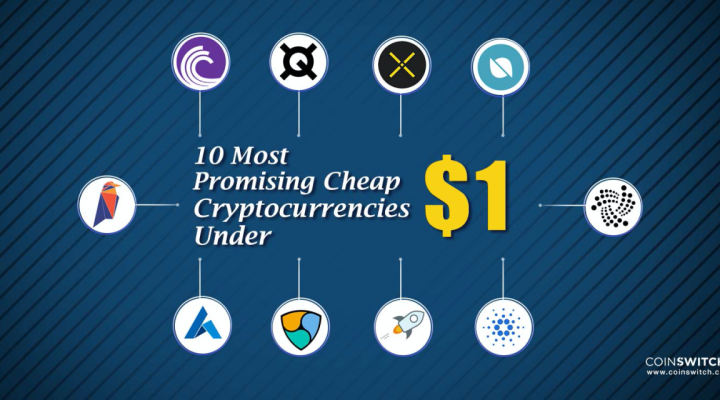 By Marius Kramer, No. 1 Cryptocurrency writer on Quora worldwide

Bitcoin is king, especially for institutional investors. It has shown us that throughout the beginning of 2019.

With its launch of Ethereum 2.0, it has a lot coming. Basically, 99% of the whole crypto space is running on Ethereum. Also, Ethereum has 70M(!) addresses now, that’s more than double Bitcoin with 30M addresses.

XRP will probably pump their own coin, even though they have not so much to show for it. However, we have seen how quickly the tables can turn for XRP. They simply also have So.Much.Money.

Keep in mind they have sold half a billion dollars in XRP this year already. They still have that money to pump their own coin.

Because BNB simply is the strongest altcoin overall. Only ETH might be stronger in terms of overall fundamentals..

Tether is here to stay; it’s a large part of the crypto ecosystem and it is used A LOT. Furthermore, Tether has shown statements about their financial liquidity. 74% of Tether tokens are backed by cash and the rest is backed through other assets.

That is enough to be legitimate and liquid.

Additionally, BAT’s Brave Browser is overtaking Chrome in download numbers in several countries now as well, now in Japan already. It looks like Brave can soon replace Chrome as the #1 browser worldwide.

Read more here. Marius Kramer’s answer to Should I sell my NEXO for BNB now that Binance has a lending component?
IOTA from $730M to $20B = 29x / +9 ranks
IOTA has a lot coming with Shimmer, which will probably go live in the next 6 months. Then, IOTA will be 10,000x more secure, faster and decentralized than Bitcoin and every other blockchain, except QKC and HOLO.

Vechain frequently has days with more than 800,000 transactions.

BCH from $5.8B to $16B = 3x / – 4 ranks
BCH doesn’t have much and has toxic leadership. It’s just a feature. Bitcoin isn’t necessarily opposed to a block size increase, so BCH is just a flick of the wrist away from being made redundant.

EOS from $3.8B to $14B = 4x / -4 ranks
EOS has nothing, it’s all fake and scammy. There are constantly hacks, there are vote buying cartels and it’s extremely centralized.

Holochain from $113M to $13B = 120x
HOLO is almost as strong as IOTA, that’s why we can probably see a sharp increase in price. However, only IF they manage to launch their mainnet. If they don’t, they will most likely not be seen in the top 20.

This will probably self-correct soon and make Huobi lose ranks.

ADA from $1.21B to $11B = 9x / -3 ranks
ADA is a very average PoS blockchain and there are several, which are much stronger (IOTA, QKC, HOLO). That’s why it will most likely lose several ranks.

Stellar from $1.2B to $8B = 7x / -5 ranks
XLM is a weaker version of XRP and XRP already has not much. That’s why Stellar will probably not be treated so well in the coming year.

This list goes in line with my list about the coins out of the top 100, which are the most likely to move into the top 10.

As you can see, NEXO, BAT and IOTA potentially have the best returns while EOS, BCH and BCHSV have moved out of the Top 10. I was actually surprised that BCHSV is still in the top 10, there could not be a bigger shitcoin.

If we rank the coins by returns we get

NEXO, BAT and Holochain look like the best investments leading into 2020.

NEXO, BAT and Holochain look like the best investments leading into 2020.

However, it must be said that Holochain also has much more risk involved than NEXO and BAT, since Holochain still has to launch its mainnet.

BNB and Ethereum “only” give smaller returns of around 25x, however, they also have much less risk than other coins.

BCH, LTC, EOS, Stellar, TRX look like the worst investments leading into 2020, but that’s no secret. They simply don’t have anything worthwhile except some leftover hype from 2017.

In terms of overall potential and risk weighed against one another, NEXO and BAT seem to come out as the winners, since they don’t really seem to have much risk.

NEXO makes massive revenue while BAT gets massive adoption. There is not so much that can go wrong there and I don’t see them having much higher risk than BNB or Ethereum.

BNB and Ethereum could have even more risk than NEXO and BAT, since BNB has lots of regulatory hurdles to overcome with Binance and Ethereum has to launch ETH 2.0 properly, which is no easy task.

Overall, one could say NEXO and BAT have less risk than BNB and Ethereum while having 10x more upside.

Furthermore, for 2021, where the bull run will most likely peak, we can possibly see another 10x on these multiples.